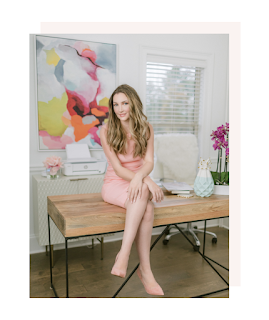 Email ThisBlogThis!Share to TwitterShare to FacebookShare to Pinterest
Labels: author, dealing with trolls, helping others, overcoming and succeeding, Rebecca Hamilton 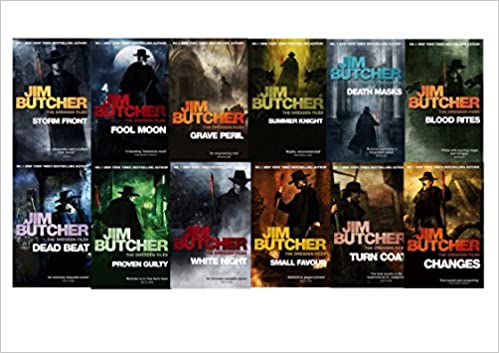 A friend gave me these books a while ago and I finally got around to reading them. I'd read one or two a long time ago, but it was long enough to have forgotten the gist of the story. All I remembered was a scene or two here and there.
It was really nice to read the series from start to finish. I love the character arc, and that he did get stronger and more entwined with those around him. Of course, there's more than one way to end a series, but killing the main character will most assuredly do it up tight. When I read that, I kept hoping for some kind of miracle, or at least to know who had pulled the trigger, but no. That was the end. Jim Butcher did write a selection of short stories that went along with this series. They each took place between this book and that, each one introduced with a paragraph or two saying where it belonged and why it was written. The last one followed Harry Dresden death, written from his closest friend's POV. It at least let me know that he was truly gone, though with no body, it's hard to believe. Sigh. Some part of me is still wishing for a miracle. I mean, his story is so unfinished, though maybe it is, the human part of it anyway.
Since I skim through the intros and such, I saw references to another series that looked interesting, and I was pleased to discover that it had been included with the rest of them. The series is called Codex Alera, and it is only 6 books. I haven't finished it yet, so I can't comment on the ending of this one, but I do wish the editor/publisher (a big name) would have spent more time taking care of the formatting. The paragraphs are indented, but sometimes every line has the same indent so it's hard to tell when one paragraph ends and the next one begins. This doesn't happen all the time; usually around dialog, but it's annoying as H E double-hockey sticks. The book I'm on now has space between the paragraphs so that helps, but the original issue was never fixed. It really injures the author, because a reader will blame him for these kinds of issues.
One thing I can blame on the writer is his use of names. He has way too many very similar names, and they're not reserved for mother/daughter or father/son issues. Those I can understand. No, the similarity is across anything named from people to the name of the country to the name of their magic elements. You really have to pay attention to keep them straight.
Aside from these issues, I highly recommend this series - both of them. The story, the characters, the world is fascinating. As with all things, there is give and take. They are very well-balanced books. If you like magic, dig in and enjoy. I sure did and am.
~~~~~~~~~~~~~~~~~~~~
Posted by Anna L. Walls at 4:22 PM 1 comment:

Petting and Pampering the Writer

Let me start this by announcing that subscriptions by email are going away sometime in the middle of this summer, so if you subscribe to any of my blogs, you will no longer be getting those cool emails when I post something. I have no idea if it will be replaced by something else - we'll have to see.

I have a writer friend on FB. A while back, she asked me to edit one of her books. I'm not a professional writer so I don't charge much, so she was probably trying to save a buck or two, but since we'd never worked together before, I offered to do a sample. She sent me her shortest short story. I don't remember how long it was, but it wasn't very long.

What she gave me was a nice story that ranged somewhere between erotica and romance. What was there was a spotlight on the girl. The hero was little better than a chess piece - maybe a knight - maybe a king - hard to tell - he filled a slot. Everyone else, all the background people that decorated the background were nothing more than that - decorations.

During the edit, I tried add some life to the story. Admiring looks from the peanut gallery, and movement, dialog, and feelings from her knight. I even thought up a background history for the girl - something to explain her thoughts and actions. Something to give her monetary support. Merely a foundation that didn't need to ever be mentioned in the story, but no one walks in a vacuum.

She accused me of trying to rewrite her story, but it was only examples and suggestions. She was totally free to disregard everything. Like I say on my website, I will give you everything I think of as I read. You will get questions, opinions, and suggestions in reference to the story, and you will get correction in spelling and alternate words if you've picked the wrong one, bringing up the wrong image. I'll also give you better sentence structure if what you have is unclear. I did all that.

She just wanted help with spelling and punctuation. The rest was 'her style'. Her readers loved what she wrote the way she wrote it. Is she a successful writer? I really have no idea. She did not hire me. What I did made too much work for her. She wanted me to fix her mistakes and then she'd probably not look at the story again before publishing.

Needless to say, she did not hire me to edit her work.

Just the other day, she was offering a new work for anyone to read and give her some feedback. I did not take her up on the offer after the last rebuff - why should I?

She messaged me and wanted to send me that document. Well, okay. I'll give it a go, so I did. I have an editing job ongoing at the moment so I wasn't willing to devote much time to it. I read roughly half of it - enough to know that her style hadn't changed much.

This story was a vampire story, and frankly I liked the idea. It was new and fresh, however her sentences were long and clunky, and sometimes they were incomplete thoughts making it hard to follow. The first handful of pages were filled with false starts to be explained later or in some other book. She included things about Atlantis which were interesting - I think - if I could have understood her concepts. All us writers like to make up histories, and I'm sure Atlantis would make an awesome anchor to do that with, however, I just didn't understand.

Rather than taking my feedback as a way to know that maybe she hadn't gotten her point across clearly, she got miffed, saying how could I not know anything about Atlantis? I know about as much as anyone about Atlantis; it's a subject I read about every chance I get. I love the articles and videos I find on FB and on Netflix or YouTube. She also made a reference to numerology - that I know nothing about - an indication that maybe she should explain it better. I know I'm not the only one who doesn't understand that.

As you might guess, I told her all this in her return email, including pointing out a bad typo that she might not catch otherwise; it wasn't miss-spelled, she'd hyphenated it to get past the little red lines. In response, I got a long tirade about how it was a work in progress and it wasn't supposed to be perfect, and on and on. She accused me of being harsh, of being in a box and being inflexible. It all left me confused. I guess I don't understand what kind of feedback she wants. Pretty much all that's left is petting and pampering, and I've never believed in pampering a writer. You take feedback for how it's offered. If your reader didn't understand something, you try to make it clearer.

Sorry for the rant, but I had to get it off my chest.

Welcome to My Obsession 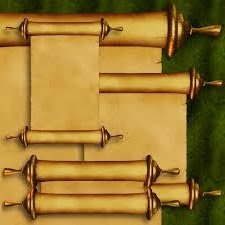 Welcome to this corner of my world. My Obsession is all things writing. You'll find here anything from samples of my writing to my various opinions on writing itself. I always welcome questions along those lines, and comments, even dissenting comments are truly welcome.

Come on over and learn about my Passion. Read a sample of the books I’ve already published, and browse through the tabs and check out what might be coming up next.

My personal blog: Anna of Alaska